Candidaterra is the name we gave to our farm , it contains the name of Ventotene’s patroness Saint Candida and it is also the adjective expressing our holy respect for the land, our viticulture business bans use of pesticide, insecticide and any kind of polluting chemicals, fully respecting the rules that regulates Natural Reserve of Ventotene and Santo Stefano islands.

Our business was born in 2013 with firm intention of resurrecting  viticulture activity in Ventotene that has been producing enological excellence for ages and unfortunately abandoned due to depopulation of the island and young drain from farming.

Its vineyards , at the moment , stretch over 2 hectares , considering that Ventotene is a very small island of 189 hectares in total, it is a rarity.

They are situated on soils of volcanic origin in the central area of the island at about 50 meters above sea level, vineyards are south-facing with a full and continuous solar radiation and vines are cultivated following the system of Guyot farming. Candidaterra is a family farm that permits to Luigi to personally take care of the whole production cycle: from cultivation of the vinestocks to the vinification , from the processing in the cellar to the bottling and subsequent commercialization.

Total lack of skills and experiences in such difficult field proved to be an insurmountable obstacle soon and, despite the precious spiritual and material support of my father Modesto, that never fell , the road of adventure appeared always rising and the production of an ordinary wine was on the air , outcome never desired. Suddenly, as evidence that fortune favours the brave , happened that doctor Vincenzo Mercurio, an enologist much appreciated at national level, became aware of what was going on at Ventotene and , after knowing me , decided to “ adopt “ my project enriching it with his high culture and experience in the field of wine.

He was aware that the particular volcanic nature of the lands and their incomparable exposure are rare elements that guarantee the production of a wine that is able to evoke the past splendour and that my passion and self-denial would be an adequate successful completion.
Since then everything changed and any action has been guided by this ” genius of the wine ” , starting from the choice of the vines suitable for my lands, implant system of vineyards, their exposure and management until vinification and conservation. While taking care of the vines with love and watching them growing, doctor Mercurio has helped me to enrich my wine culture with many workshops, meetings, lessons and a lot of practical work at the best vineyards and wineries of central Italy. They were six very hard years that cannot be summarized in a few lines, a period characterized also by inevitable youthful indiscretions unfortunately that only a strong determination is able to make it bear. This conviction has never failed. I gave my wine the name PANDATARIA that is the ancient name of our beloved island of Ventotene and that means ” dispenser of every good “.
My family was one of the first to land on the island in the late eighteenth century.
My great-grandfather was named Giovanni Sportiello and was one of the first residents of Ventotene owning a wooden sailing ship used to carry grocery from Naples to Ventotene and vice versa. He had also a land with planted vines in the locality ” Cala Battaglia ” and at the time of harvesting the crop was brought into the caves in the locality ” Calanone ” for the transformation into wine.
Today we use the same caves for the preservation of bottled wine. When it came to sell it finally he brought it to Ischia and Naples with his boat.
We arrive so quickly in 2013, when I decided to undertake a difficult adventure beyond any reasonable chance of succeeding: to create on Ventotene’s island a wine-making farm, intended for the production not of a simple wine but of excellence one, facing against the tide the recent history of an island Population fleeing hopelessly from the countryside , after millenniums of farming and wine-growing at the highest level. At that time I, Luigi Sportiello, was twenty years-old and I had been listening to my father Modesto for
a long time who was worried for the depopulation of the beloved island, caused unfortunately by the lack of work during long winter period. Another situation affecting me were the tales of my grand- father Ercolino on the wine of Ventotene that since the time of Roman emperors has always been the favorite for anyone who could choose the best of production and that was included among Italian excellencies. With these two seeds implanted in the heart I started Candidaterra winery and I jumped headlong into this business , maybe with the courage and unconsciousness that characterizes youth, dedicating to it every available energy and resource. 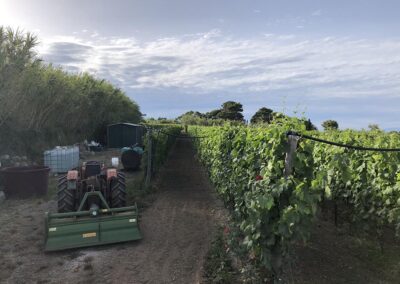 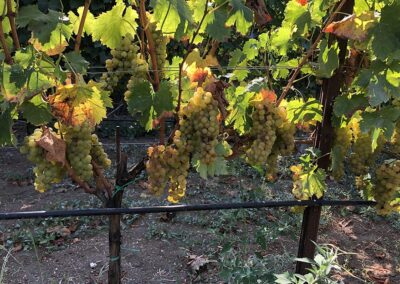 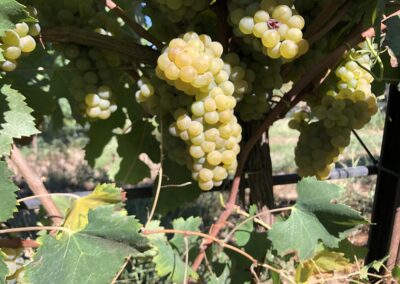 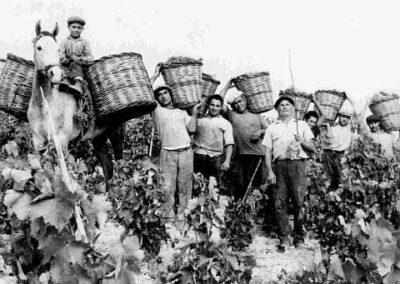 In 2019 the product was finally presented in the Italian wine world, rich for centuries in sacred monsters of excellence, I remember very well that my knees trembled until the first appreciations and compliments from competent people in the sector arrived. The production of Pandataria is limited in quantity to the advantage of quality – which remains my main goal – it is highly appreciated as an aperitivo and considered perfect to accompany all dishes based on fish, white meat or vegetables. The success achieved, in addition to rewarding six years of total and intense commitment, confirms that I am on the right path and encourages me to continue with new investments that will allow in the future to increase and improve production, while remaining a “niche product” and responding to the familiar character of the Candidaterra farm.